In a world in which the Olympics and professional athletics are increasingly under scrutiny, it is less than reassuring to read that some people have always resorted to cheating in their overwhelming desire to come first.  Back in 3rd Century AD Egypt, the teenage wrestler Demetrius agreed to throw a match so that his rival, Nicantinous could take the prize at the great games in Antinoopolis.  He was not to go easily, taking three falls before conceding. His price? A paltry 3,800 drachmas; literally the cost of a donkey.  How do we know this?  Because of an extraordinary collection of over half a million fragments of papyrus found over 100 years ago amongst the rubbish dumps in the City of the Sharp-nosed Fish. 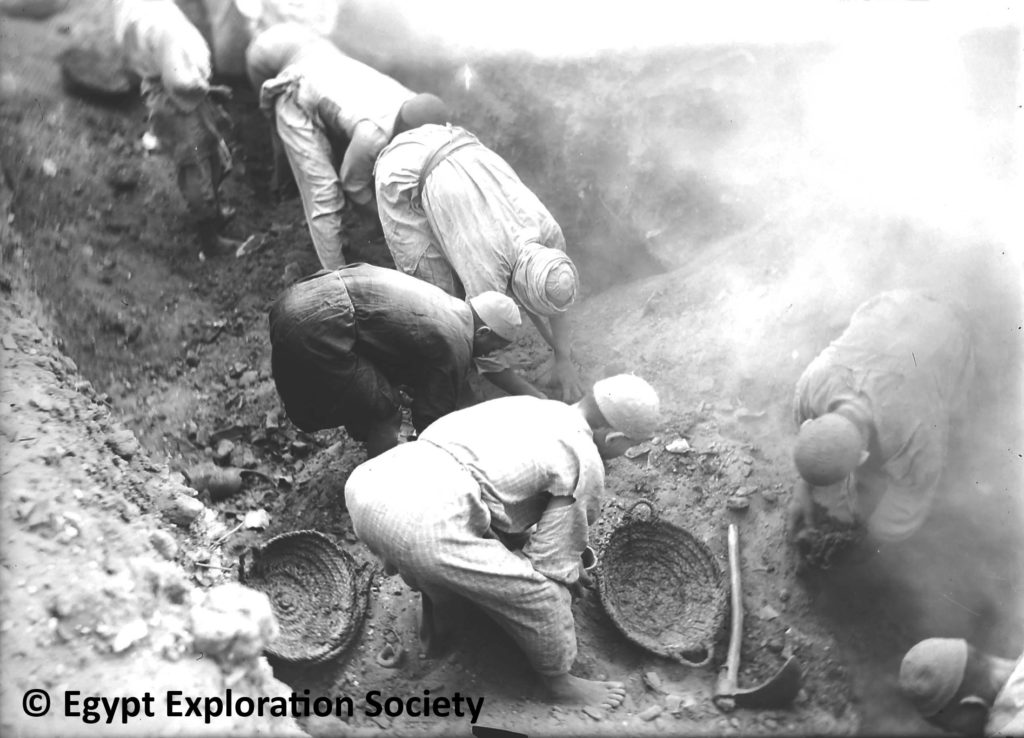 Excavated by Grenfell and Hunt, two British archaeologists from Oxford between 1896 and 1906, this rich vein of early records tell us about the lives of those in Greco-Roman Egypt between the 1st and 7th Centuries AD.  Wills, receipts, tax returns, orders, horoscopes, theatre & games programmes, recipes, curses and cures emerge from the neat handwriting of scribes and clerks.  So too do some of the great names of classical literature: Plato, Sophocles, Homer and Sappho – including works previously lost in antiquity. Christian gospels also emerge, largely because the city, Oxyrhynchus, the third largest in the country, was also an important centre of Christian learning and pilgrimage.

History settles on the great and the good, the powerful and the vanquished. Archaeology is a window onto the lives of the everyday. The Oxyrhynchus papyri gives us both. This library of jig-saw pieces, the earliest and largest of it’s kind in the world, tell us about slaves, remedies for hang-overs and a passion for entertainment, be it visiting the theatre to see a Menander comedy or the hippodrome to cheer on a favourite chariot team. One 4th Century papyrus describes a curse placed on the Blues, great rivals to the Greens in the Moto-GP of the day, the chariot race: ‘smite the horses of the Blues, hold them back’.  From this small fragment (pictured) we not only hear the passion and aggression of an ancient supporter, but we learn the names of the rival horses and charioteer (Parthaon, Didyme, Nymphike, Pele, Strabos). No opportunity to exert divine influence is left uncovered, with old Egyptian deities, such as Horus, as well as Hebrew angels (Gabriel, Raphael and Michael), magical curses and the God of Gods, all invoked to ’cause to fall, and bind them’ 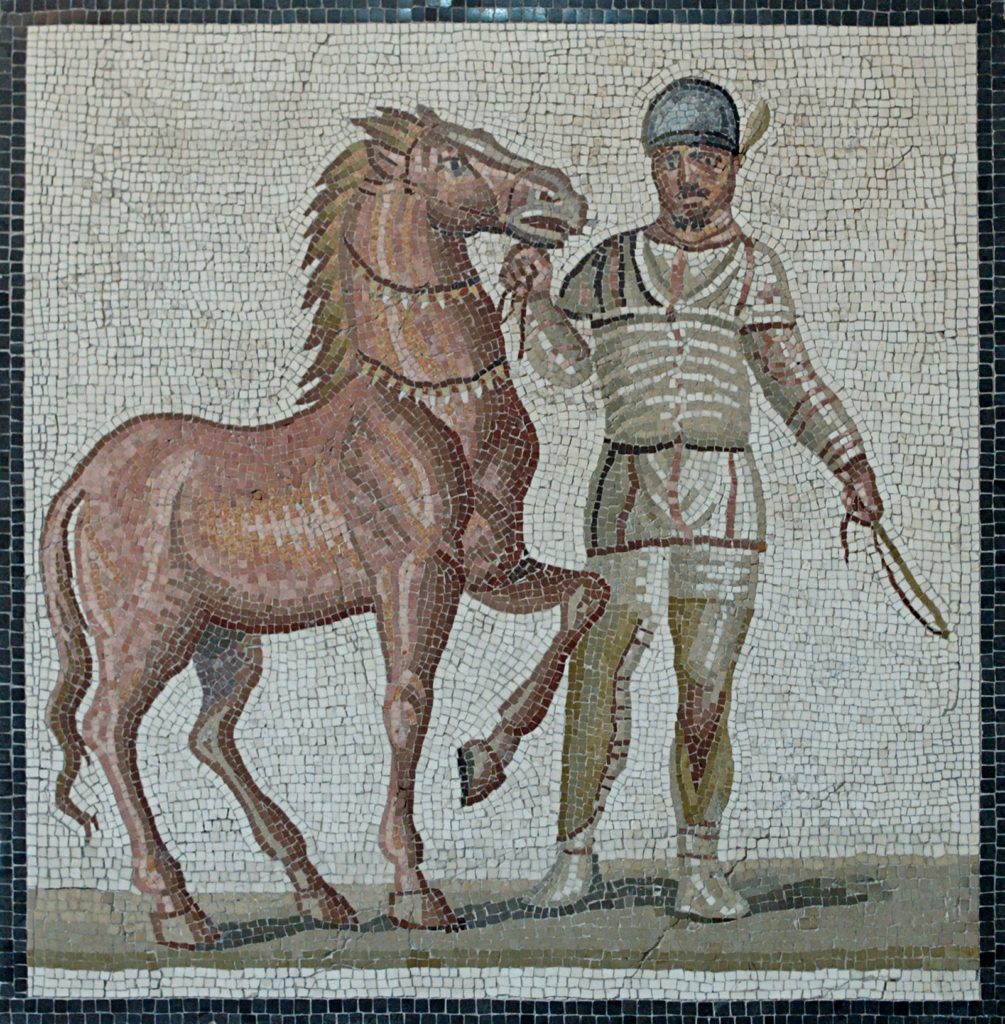 Whilst the excavations of Grenfell and Hunt concluded 110 years ago, the pace of transcription and revelation has been understandably slow. Experts in papyrology are few and far between, and there are a huge number of papyrus fragments, some almost unreadably blackened, many just small scraps with writing on either side.   Only 1% of the collection held at the Ashmolean in Oxford has been examined.  Two recent technological advances have helped speed up the pace of discovery: infrared photography and more recently multi-spectrum imaging has made previously illegible papyri readable. Contrasting ink traces are revealed from previously black pages.  And, in 2011, a team of papyrologists from Oxford University teamed up with Astrophysicists to crowd-source the transcription of the collection. Now, over a quarter of a million volunteers from across the world are part of the Ancient Lives team, helping to transcribe scanned images into Greek text using the latest digital technology. 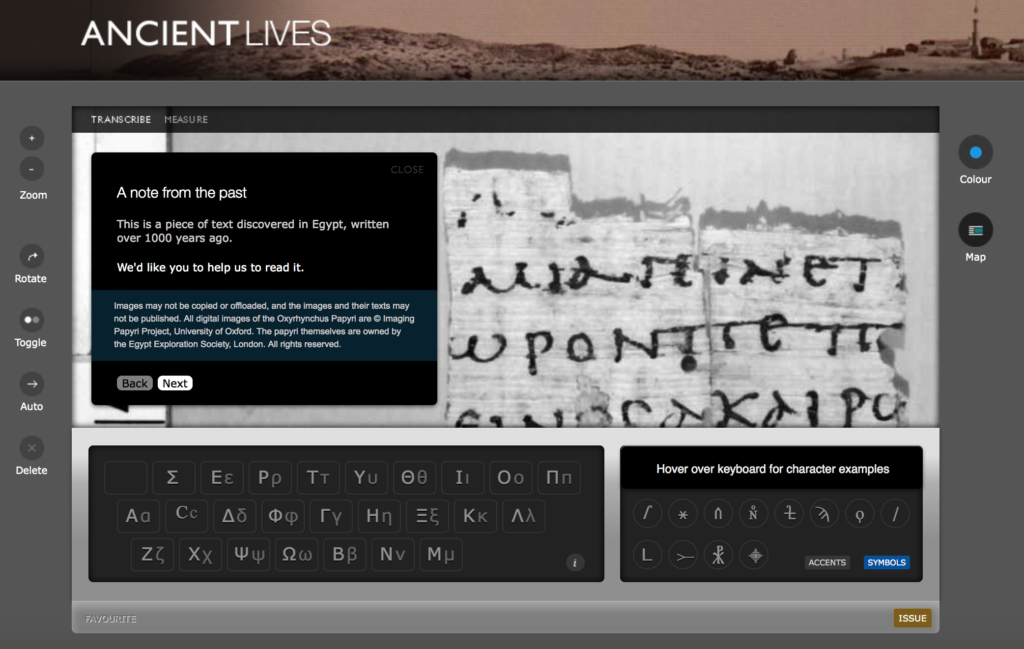 Match-fixing may still be around 1700 years after first being recorded here in Hellenistic Egypt, but it is reassuring to be reminded that technology advances, connecting us globally, despite our persistent human frailties 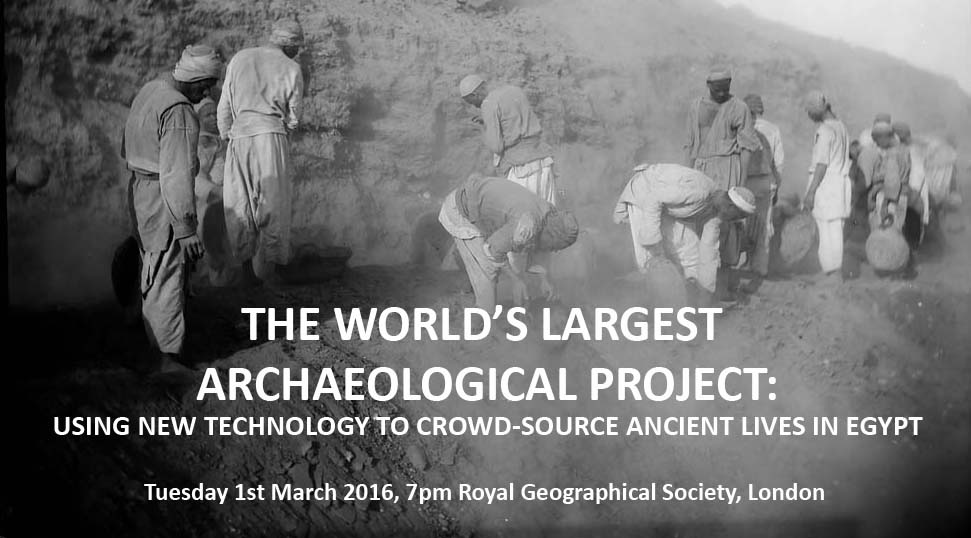 Why are we at World Monuments Fund Britain interested? WMF has had a long involvement in Egypt, supporting over 20 projects ranging from temples at Luxor and Karnak through to mosques in Cairo and the Holy Monastery of St Catherine on Mount Sinai. We are also about great research, authentic stories and engagement with the past through extraordinary heritage, both here and across the world. Ancient Lives is a wonderfully innovative project, directly linking people who might be sitting in their living rooms in London, Lima or Lusaka with a small fragment of the past, and then getting them to help.