Cultural heritage destruction, like the Sufi mausoleums of Timbuktu, robs peoples of their identity.

Earlier this week the International Criminal Court in The Hague began its case against the alleged Malian jihadi leader Ahmad al-Faqi al Mahadi. This is the first time a War Crimes prosecution has focused on attacks against cultural heritage, as opposed to direct humanitarian reasons. Al Faqi is accused of overseeing the destruction in 2012 of medieval mausoleums and the Sid Yahia mosque, which formed part of Timbuktu’s World Heritage Site. The reasoning? Because these were places of Sufi veneration and worship considered by Islamic extremists to be a blasphemous affront to their view of Islam. Other purges saw the destruction of books and manuscripts that define Timbuktu’s place in history as a focus for learning and scholarship. 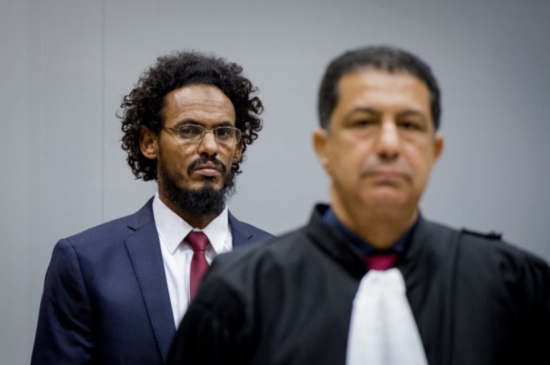 Why is it important that this prosecution should go ahead?

No past, no identity. No-one argues that human life and the basic demands of humanity are not of paramount importance. Protection of these is the first foundation stone of War Crimes legislation. But the attack on the tombs and shrines of Timbuktu is also a direct attack on cultural identity.  Remove identity and you further destroy hope and a sense of belonging. Destroy buildings and historic landmarks – places often associated with great civic pride – and you destroy a community compass, creating instead an unsettled, nervous rootlessness. The opposite is also true: the Mostar Bridge in Bosnia, a structure of little strategic value, was deliberately targeted and destroyed in 1993. It’s reconstruction and reopening in 2004 has become a positive symbol of peace and the power of culture to rebuild. I have no doubt that the same will be true of Palmyra, where my friend, Professor Abdulkarim, Syria’s Head of Antiquities, has vowed to restore the remarkable ruins destroyed by Daesh once the conflict is over.

No past, no memory. The desire to edit history, to redact and remove others, physically and through their culture, is nothing new. From Pharaoh Akhenaten’s eradication of all of Egypt’s traditional gods in the Bronze Age to the more recent retelling of the past by the authorities under Stalin, Hitler or Kim Jong-un, many have sought to shape the past in their mould.  Close to home, in the heart of Westminster Abbey, a rare 14th century sedilia (seats for the clergy by the alter) depicts two magnificent life-sized paintings of kings, alongside a further two panels stripped back to the bare oak, which once held images of Christian saints. We have no idea who they were because they were destroyed as ‘monuments of idolatry’ in 1644, one of countless examples of the battles of religious iconoclasm from across the world. 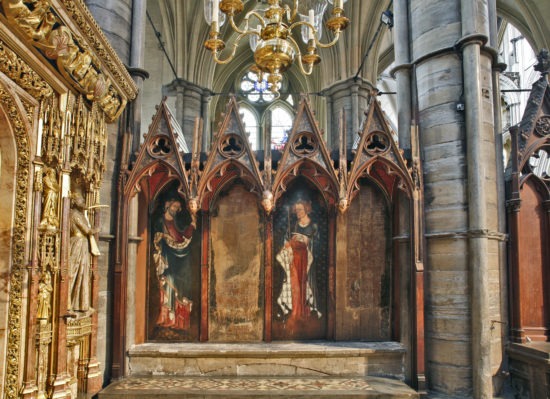 But there is no such thing as a single, linear narrative to history, or a neutral one. Buildings and monuments represent that multiplicity of stories, and are an essential part of a collective memory. They bind us in celebration and remind us of our errors. Without them we increase the frequency in which we reinvent the wheel and repeat the mistakes of the past.

No past, no diversity. Our global landscape has been overlain by different washes of history, resulting in a cultural palimpsest, where language, accent, buildings, food, products, expertise and tradition vary from one place to the next. These are things to be celebrated and cherished – the antidote to global blandness and homogeneity. I don’t want to go to New Delhi to find the same things that I can find in New York, Newcastle or New Zealand. The individual warp and weft of a place makes it individual and interesting – different architecture, traditions, food and attractions. Culture and heritage underpins this. If one thing should unify us it is tolerance, which is the antithesis of Al Faqi’s beliefs and others like him.

No past, no humanity. Our cultural heritage is not a luxury.  It defines who we are and where we have come from. It binds us and differentiates us.  It underpins our humanity.  Those taking the role of cultural editors, picking and choosing which bits of our past are ‘correct’ and which are unacceptable according to their beliefs, do not do so on my behalf. 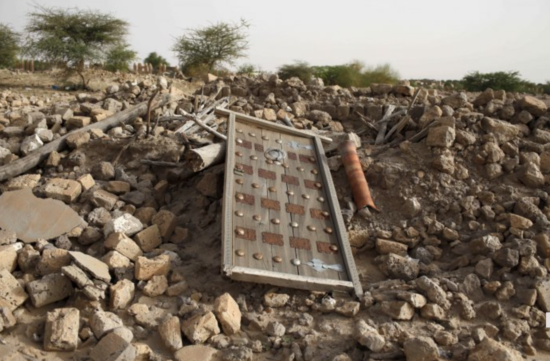 An online version of this article appeared in Newsweek on 3rd May 2016. See the article here: click here

World Monuments Fund has worked in Mali for many years. Find out more about these projects: click here